Speak With Us About This Project

The Athena LIC project is a 9-story luxury building with a basement that includes 51 residential units, retail space and amenities such as electronic doorman, video intercom, gym, storage, bike room, parcel room, lounge and play area, children's room, and two rooftop gardens. The project is conveniently located in the heart of Long Island, Queens, with commercial retail space on floors 1 to 2 and residential areas on floors 3 to 9, including 9 single apartments, 25 one-bedroom, 15 two-bedroom and 2 three-bedroom units.

Athena LIC is conveniently located in downtown Long Island City, the gateway to Manhattan, with easy access to eight subway lines and the Ed Koch Queensboro Bridge within walking distance. The project's proximity to Manhattan and the rest of New York City allows people to walk to and from Manhattan via the sidewalks of the Queensboro Bridge. It is also adjacent to Jacx Towers, Long Island City's new commercial, retail and entertainment center.

Under the government's strong support, the core area of Long Island City has developed rapidly in the past 10 years, so that the land available for development is becoming scarce. Since Long Island City was previously occupied by a large industrial estate, the rezoning has the potential to create a large office park with the advantage of larger parcels of land, making it a true mixed-use commercial and residential community. Once large technology companies move in, the land prices will possibly appreciate significantly.

Among New York City neighborhoods, Long Island City has the fastest growing Asian population, which has increased fivefold since 2010. The Asian American community is the highest average income minority group in the United States. Asian singles generally have high spending power because they do not yet have the burden of raising children. Long Island City, as a hub for young Asians, is inevitably accompanied by a much higher spending power and robust business activity than most communities. This is a danger alert—check it out! 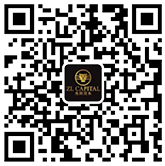 Join the thousands of others investing in real estate.